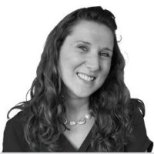 Angela is a Broadcast Manager for Flashing Lights Media. Having grown up with a video camera, Angela naturally has a passion for the media. Her career started as a Researcher for BBC’s See Hear where she became an Assistant Producer. Her outstanding credits include Producer for BSL Zone’s Hub series and recently directing Remark!’s Unheard Memories (Part 1 & 2) programmes. 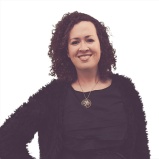 Camilla is Head of Flashing Lights Media (formerly Remark Media) and is an accomplished writer, producer and director, having worked with Remark since 2009 when she joined as junior researcher.  She has since achieved a wealth of credits including writing and producing the popular reality entertainment series, Punk Chef and the recent spin-off Punk Chef: Children’s Special.

She now manages the 11-strong Media and Access teams at Flashing Lights and continues to write, produce and direct.  Under Camilla’s directorship the team produced the award-nominated Magic Hands series for CBeebies and the documentary My Life: Signing off for CBBC.  Camilla has just finished directing a one off special for BSLBT: Deaf Islanders – about deaf community life on the Scottish Isles.

Cathy is a freelance TV journalist and assistant producer who has been involved in a number of BSLBT productions including Crossing the Divide and Shakespeare: Found in Translation. A former Guardian journalist, she took part in Channel 4’s investigative journalism programme and has worked on Channel 4’s Dispatches. More recently she has been working on BBC’s See Hear.

Known as a Presenter, Actress, Cameraperson, Director and Production Manager, Fifi has worked in the media for more than 10 years, and has had many achievements both in front of the camera and behind it. She joined Remark! in 2001 as a Multimedia Manager where she later became a Production Manager. Fifi featured in Deafinitely Theatre’s production A Midsummer Night’s Dream in 2014, which took place at London’s Globe Theatre. Fifi is currently a Director/ Translator for Flashing Lights Media.

Jean St Clair’s extensive acting career spans over 40 years, taking her abroad to the USA, Australia, South Africa and Europe. In the UK, she co-runs fingersmiths Ltd for which she has co-produced and starred in Frozen with Birmingham Repertory Theatre. Films include Still Here (Best Actress – Festival Clin d’Oeil 2013) and the Neath Films productions, September 11th (2012) and Five Needles (2011) for the short film Zoom Scheme. If I Don’t Lose, I’ll Lose (2014) is St Clair’s directional debut.

Stacy is the Founder and Director of Deaf Film Camp. In 2013, Stacy conceived, directed and raised funds for the very first Deaf Film Camp for deaf teenagers. For the last two summers during two weeks in July, deaf and hard-of-hearing children from all over the country learned how to write, shoot and direct their own video productions under the tutelage of professional deaf filmmakers, animators and screenwriters from around the world!

As the mother of a teenager and preteen, she firmly believes that art supports each child’s well-being, and brings out the best in each child.  Although Stacy always wanted to learn how to make films when she was younger, she was denied the opportunity to learn — just because she was deaf!  She is determined that today’s deaf and hard-of-hearing teenagers be granted the full access and ability to learn how to create films from bright, talented and accomplished instructors.

Last summer the Deaf Film Camp’s amazing campers and team produced an ASL music video for Pharrell Williams’ Grammy-winning Happy song.  The video, which has over 1.2 million views on YouTube!

Teresa Garratty is a freelance film-maker and actress. She has worked in many divisions of film & TV production, ranging from runner to writer & director. She is currently working on finalising post production for her latest short film The Quiet Ones, which is funded by Deaffest’s Ben Steiner Film Bursary. Teresa’s next project will involve working towards developing her first feature film.

Posted by Deaffest on April 1, 2015 in Uncategorized.