Young Deaffest’s Ambassador Alex Nowak is keeping busy this summer.  As well as his visit to Sri Lanka to set up a film event inspired by Deaffest, he has another aventure planned for late June.  He has landed the lead role in a new production due to be filmed on location in Iceland.

The film, Muted, directed by Richard Crooks focuses on the character of Gren Bariswold, played by Alex. “Gren is a confusing character, he’s cut off from society and has very little knowledge about the real world” says Alex. “He also has moderate autism. He escapes England to Iceland. Once there, his family relations and secrets are revealed.  It’s such an exciting script.  In fact, I was genuinely shocked when I read the climax of the plot. And being an actor, it’s great to get stuck into such a meaty character and story”.

Film director Richard knows he’s made the right choice in casting Alex. “He is absolutely 100% the right man for the job.  I think he is an extremely talented young man and he can now show another dimension to his acting abilities”.

And Alex is looking forward to the challenge. “The more Richard keeps telling me what Iceland has to offer, especially the Blue lagoon – the more I can’t wait to get there! This will be the first time I’m acting in a film abroad. It’s really exciting. I shall keep you updated.” 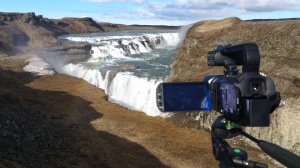