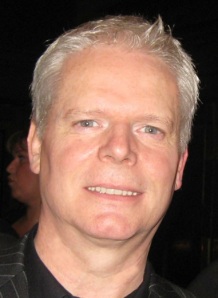 Deaffest is delighted to announce that the fourth and last member of the Judges Panel for the Film Gala Awards at Deaffest 2013 is Clive Mason!

Clive Mason has been a prominent and influential figure in the field of sign language and the media for over thirty years. His extensive experience has made him highly sought after as a Sign Language Media Consultant.

Clive rose to prominence as the longest standing presenter and reporter on the BBC’s flagship Deaf magazine program ‘See Hear’. He has worked as both a film/video director and assistant producer, translating information regarding Government initiatives and services into formats accessible to the Deaf community for the Central Office of Information.

He then went on to head up the British Sign Language/English translation production unit for the company Independent Media Support Ltd (IMS).

His outstanding contribution to the field of Deaf Media was recently recognised with a Lifetime Achievement award.