Light refreshments on arrival. Informal chat and networking in the courtyard at Light House. 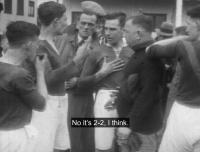 Power in our Hands is a ground-breaking documentary containing newly digitised archive footage, available to the public for the first time, on the Deaf Community’s fight for civil rights and principally, the right to be heard. Combining social history and archive film with contemporary interviews, and released in the 125th anniversary year of the British Deaf Association, Power in our Hands explores the secret history and heritage of the Deaf community in the UK. Power in our Hands is part of the BDA’s SHARE Deaf Visual Archive Project (www.sharedeafarchive.org) supported by the Heritage Lottery Fund.

(You must be 18 or over to attend the networking event. Please bring your ID with you).