Light refreshments on arrival. Informal chat and networking in the courtyard at Light House.

The Deaffest 2017 launch will be hosted by our special guest from the USA, Douglas Ridloff and will include premiere film screenings, an exclusive screening of the Deaffest promo, and a special feature, Zebra Uno’s interview with Deaffest’s patron, Rachel Shenton. Live entertainment by Taiwan First Deaf Dance Group, Chris Fonseca and Sean Forbes will be followed by networking in the courtyard, accompanied by magical entertainment from iNFiNiTi. 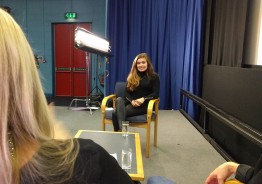 The premiere screening of Zebra Uno’s exclusive interview with Deaffest’s new Patron, Rachel Shenton. Rachel is a British actress known for ‘Hollyoaks’ and now starring in hit US TV show ‘Switched at Birth’. Aside from acting, Rachel is a confident user of BSL and a committed advocate for raising deaf awareness. Rachel recently wrote and acted in a short film ‘The Silent Child’, which is currently in production.

Deaf Funny is the world’s first BSL TV comedy sketch show, with sketches based on Deaf life! It stars a cast of Deaf actors and comedians and features sketches about all the things that happen to Deaf people. Deaf Funny is written and directed by Charlie Swinbourne and is funded by The British Sign Language Broadcasting Trust. It is produced by Juggle Productions.

Ipek is a personal portrait of a charismatic actress and mother Ipek D. Mehlum. We followed her for two years during a time in her life where she struggled to manage the balance between two of the biggest dreams in her life; becoming a mother and being a professional actress. 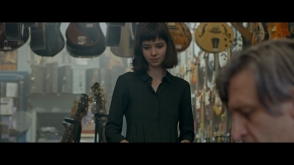 A sensuous portrait of a young musician who begins to tackle the fragility of her own identity when her hearing starts to fade into a seemingly muted existence. (Warning: this film contains scenes of a sexual nature.)