This marks the celebration of 10 years for Zebra Uno, Deaffest’s largest sponsor. The event will be held at Light house in the courtyard. All guests are welcome. Drinks and nibbles provided, plus live floor entertainment hosted by Magician Mark Barber. More live entertainment to follow, hosted by Clive Mason.

The celebration of Zebra Uno’s 10th anniversary, followed by the launch of Deaffest 2013, with live entertainment by Billy Read and Chris Fonseca of Def Motion, a special screening of the Richard Griffiths Interview, leading to the premiere of Retreat, the Ben Steiner Bursary 2013 film, which was won by Ted Evans at Deaffest 2012 and the screening of The Making of Retreat by Thomas Giddens. 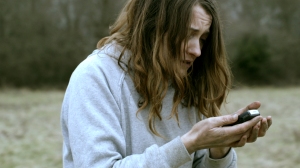 In an alternative present, the structures that bind society have eroded and pushed the vulnerable to the fringes. At this crossroads, a young woman, Isobel finds herself between an unforgiving world and the confines of a dark community. With obsession rapidly over taking reason, Isobel must decide which world she wants to be part of. 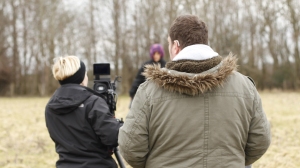 ‘The making of Retreat’ captures the filmmaking experience and the journey the cast and crew took in making Ted Evans’ latest drama. Shot on location over 4 days and 4 nights, the film provides the viewer with an introduction to guerrilla filmmaking and what it takes to produce a low-budget short film.

An opportunity to network with the filmmakers and socialise in the courtyard of the Light House until 1am.