A Creative Careers Pathway discussion will be taking place at Deaffest 2019 on Saturday 18th May.

We’re pleased to introduce the panellists who will be involved in the Creative Careers Pathway discussion. Taking place on stage, with audience participation, this panel discussion aims to look at opportunities for deaf people in the media industry. The panel will talk about how the media industry works, and give tips and advice on how those wishing to pursue a career in media can get involved.

Kerena Marchant is the Head of Content at the BSLBT. At the BSLBT Kerena has been involved in the commissioning of series such at Deaf Funny and Up For It? and dramas such as To Know Him and Signs of An Affair.

She is a multi-award-winning director and producer, who smashed through the glass ceiling at the BBC to become the first Deaf director and producer. Her career at the BBC spanned 20 years working across various programme making
genres; drama, documentary, video diaries, children’s and educational programmes. She worked with Janet Street Porter on DEF II programming, developing innovative filming and direction. Kerena took these creative programming styles to the Disability Programmes Unit when she became the
founder Editor, to develop strands such as From The Edge, Feelings, A Cry in the Cosmos and Sex and Independence, challenging traditional perceptions of Disability through content and style. Kerena was also a pioneer of programmes for Deaf children, with Moving to English and Hands Up! 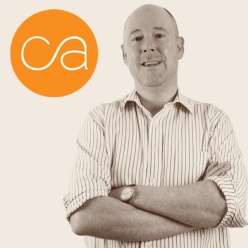 Noel Dunne is the Director of Creative Alliance: one of the UK’s leading independent training providers for the creative and cultural sectors. Established in 2004, Creative Alliance enables talent to get into creative, digital and marketing roles through providing careers education, skill programmes and apprenticeships. The many roles he has had reflect a lifelong commitment to supporting the learning and employment of young people from diverse backgrounds through creativity and enterprise. 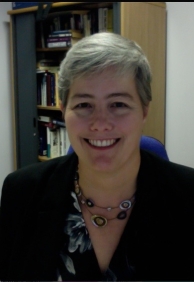 Tracy McCoy is Principle Lecturer for Quality and Partnerships at the University of Wolverhampton. Tracy’s academic discipline is film and television production and employability and entrepreneurship in the creative industries. Tracy has long been an inclusion champion, actively campaigning for accessible transport (CAP), accessible theatre, British Sign Language (BSL) recognition, gender equality and LGBT+ rights. She is a founding member of the University’s LGBT Staff Network and the Women’s Equality Party.

Tracy is active within Deaf community and has been involved with Deaffest since its inception, sometimes assisting with coordination and at other times as a panelist and award judge. Tracy is a mentor both informally and through the University’s mentoring and coaching scheme and counts among her mentees many Deaf students and graduates.  Tracy’s academic interest is in inclusion and access, and she has been instrumental in introducing assistive access technologies and approaches to the curriculum design including training of audio description, subtitling and in vision signing for production students.

Louis Neethling, originally from South Africa, is a Director and Producer with over 25 years experience working all over the world in film, television and media education. He started work as a runner/researcher then presenter, camera, editor, assistant director and director/ producer, which have been invaluable experience for running his own production company, Mutt & Jeff
Pictures – which celebrated 12 years this February 2019. Louis is a multi-award winning director and the first ever Deaf member of BAFTA.

The Creative Careers Pathway will take place in Cinema One at Light House Media Centre from 4.00pm to 4.45pm. This event will be interpreted.

Posted by Deaffest on May 7, 2019 in Uncategorized.