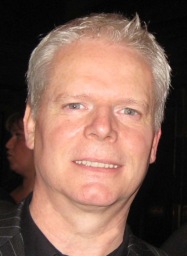 Master of Ceremonies for Deaffest 2015 will be talented and well-known Deaf Television Presenter Clive Mason.

Clive scooped the Remark! Lifetime Achievement Award for his work over many years and his numerous appearances on broadcast television, as well as DVD film projects.

He rose to prominence as the longest standing presenter and reporter on the BBC’s flagship Deaf magazine programme See Hear. He has worked as both a film/video director and assistant producer, translating information regarding Government initiatives and services into formats accessible to the Deaf community for the Central Office of Information.

Clive has been a prominent and influential figure in the field of sign language and the media for over thirty years. His extensive experience has made him highly sought after as a Sign Language Media Consultant.

Posted by Deaffest on April 20, 2015 in Uncategorized.