An update from Teresa on her film! 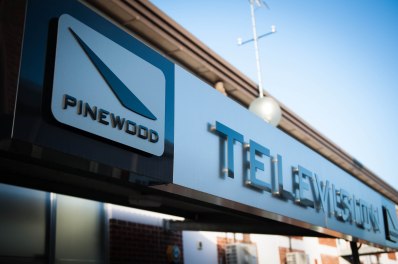 Since my last update, we’ve now completed filming and are well on the way in terms of post-production. 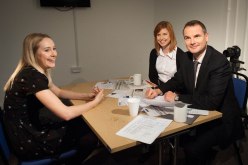 Due to everyone’s hard work and preparation, the shoot itself went extremely well.  The cast had learnt their lines and remembered everything we went through in rehearsals which meant we could get all the shots we had planned and with fewer takes.  Our crew were also very efficient and they all fulfilled their roles perfectly.  Usually, on set you can come up against a few hurdles but this didn’t seem to happen to us and I put some of that down to how well we all worked together.  It was my first time working with a lot of those people but I was very pleasantly surprised by their skills and very grateful for their hard work. 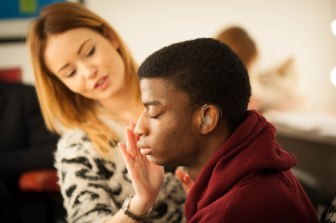 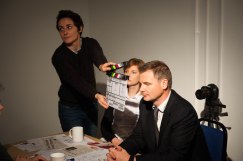 After we wrapped the shoot, we had a quick one day break from the film but then got straight into the rough cut.  It was a huge relief to have all of our shots logged, as we were able to know exactly which takes were our favourites, so we could drop them straight into our editing timeline.  I’d highly recommend using log sheets whenever possible.

We’ve now tightened up the edit which has sped up the pace of the film nicely.  So, our next steps are to create some small visual effects and then have our sound designer mix all the dialogue, atmospherics etc. together.  I have selected some music to use as the film’s soundtrack because I think creating the right atmosphere with sound is important (even in Deaf films), as you never know who will eventually see your film or how much they can hear.  I also want this film to reach a mainstream audience and I think it’s important that we can show that Deaf film-makers are capable of making well rounded films in terms of both visuals and audio. 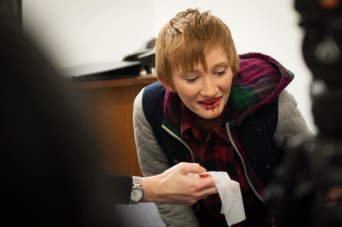 At the moment, we’re on target for all of our post production deadlines and we’re looking forward to delivering the final film to Deaffest. I have no idea how people will take the film and I’m sure people will have their own opinions about it, which is great, but what I do hope is that the audience can see how much hard work everyone has put in to getting the film from page to screen. 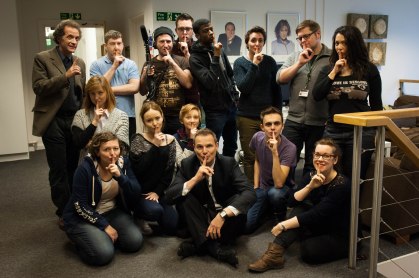 Posted by Deaffest on February 4, 2015 in Uncategorized.