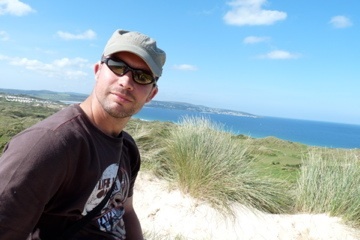 Bold, inventive and creative award-winning Director. An Oceanographer/Zoologist and Scuba-diving Instructor, John began his career at the BBC¹s Natural History Unit. He has since produced/directed all over the world in different genres from factual entertainment and documentaries to drama-documentaries and drama.

John has a strong track record with major broadcasters, was talent spotted by BAFTA and trained at the BBC Drama Directors Academy. He won an RTS Best Fiction award for his first short film, Caterpillar, which he wrote and directed.

Profoundly deaf, John is a visually instinctive story-teller with a cinematic flair. An experienced and versatile multi-camera director with an intuitive ability to generate honest and compelling performances.

John has a feature film in development.