Philip Bloom is a highly regarded filmmaker and teacher. He travels the world making films, like Lucasfilm’s Red Tails and the Raindance award winning documentary How to start a revolution. When he is not making films he is teaching low budget filmmaking students all over the globe.

He learnt his craft during 17 years covering news, since then he has worked for pretty much every major broadcaster out there. He also runs a hugely successful website PhilipBloom.net that gets well over a million views a month.

Samuel Dore is a Bristol-born and bred creative who works as a Graphic Designer, Photographer and Film Maker in London.

As a film maker he has worked on many genres from drama to documentary, from music video to information films with a strong interest in drama where he has written and directed many short films in some which he has won awards for. He also works as a videographer and editor as well as being a creative consultant for the BSLBT’s Zoom short film scheme. 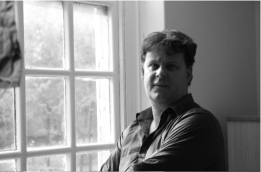 Louis started his TV career in 1993, as a children’s presenter on the SABC (South African Broadcasting Corporation) and was nominated for an Artes Award.  Louis then changed his career to one of runner and researcher at the SABC whilst studying single and multi-camera directing.  Louis then progressed onto the role of assistant director/presenter and then eventually director/executive producer of the independent production house, The New Production Company, Johannesburg, South Africa where Louis specialised in children’s drama, drama and children’s magazine programmes.

In 2000, Louis secured a grant from The Department of Sports, Arts and Culture to make a film and also won a Rotary International Scholarship. This enabled Louis to travel to the UK to study at the NFTS mentored by Lesley Manning, Brian Tufano BSC, Pia di Caula and Alex Mills BSC.

Louis moved to the UK in autumn 2001 and started work at the BBC as a director/assistant producer on various factual programmes, five series of the drama Switch and Open i for Red Bee Media.

Louis left the BBC at the end of 2006, to become freelance and set up his own production company: Mutt & Jeff Pictures Ltd

Mutt & Jeff Pictures has made the award winning films: Coming Out, Horatio, Departure Lounge, Coming Home and Fairytale of London Town –  the last three films made for BSLBT. In Spring 2012, Mutt & Jeff pictures look forward to filming a new drama which will be aired on BSLBT. 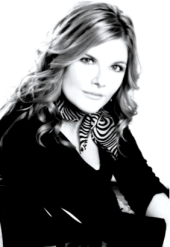 Nikki Stratton is a Director of both Zebra Uno Ltd and Zebra Access.

Nikki founded the annual International Deaf Film and TV Festival Deaffest in 2007 under a new partnership structure with Light House and University of Wolverhampton. Nikki is also well known for her role as a TV presenter for Channel 4’s Deaf VEE TV programme, for which she scooped Best Female Presenter Award at the ‘Remark! Film and TV Awards in 2005.  She still does some occasional presenting work through her businesses.

Zebra is well known as the inspirational Deaf-led media company specialising in BSL filming and recognising talented Deaf media individuals. Nikki was Project manager for Zebra’s Young Deaf Filmmakers course (funded by Mediabox) produced 9 films which were screened across the globe. As a result of this programme nearly 70% of the students have gained employment in the media industry.

Nikki has 15 years experience in a wide range of film production as well as training developments in media. She also has a BA (hons) Degree in Deaf Studies and Linguistics and higher qualifications related to Linguistics.