Richard Griffiths accepted the invitation to become a Patron of Deaffest in February 2012.

He would like to have been with us at Deaffest but his time is fully committed as he has just opened in The Sunshine Boys with  Danny DeVito at The Savoy Theatre, to rave reviews.

However, he has sent this message:
‘I am sorry that I cannot be with you for this year’s Deaffest.  I was very pleased to accept the invitation to become a patron as I believe that the idea of encouraging Deaf people to make films is excellent. To my mind since film is essentially a visual mode of expression, a Deaf film maker faces exactly the same challenges as anyone else and I would expect a film made by a Deaf person to be at least as good as anyone else’s. I am sure this is true of the films that the organisers have accepted for Deaffest this year. Please accept my good wishes for a successful festival.’ 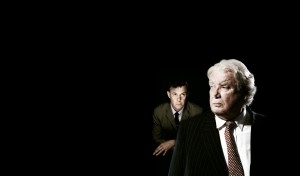