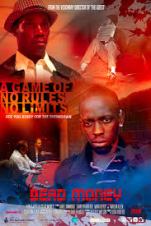 View the trailer and film.

Bim’s film Dead Money went on to win a number of awards and was screened all over the world. It won a Best Actor award at Clin d’Oeil Festival in France. Since then, Bim has gone on to produce several films, including award-winning Champion of the World and the 2012 Paralympics Look Up. 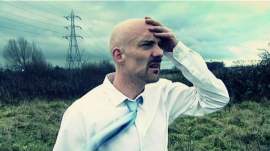 Read the interview with Stephen.

Since Luke Starr was shown at Deaffest in May 2011, Stephen has gone on to acting in front of the camera and in theatre. Although his career path has changed slightly, making films had never been far from his thoughts. He continues to write in his spare time and hopes to jump on the filming bandwagon soon.

“From what the Ben Steiner Bursary has taught me, I believe I have grown confident in directing a film and to go on to directing a play in the future. I have learnt how to bring across my vision better from mistakes I have made, seeing what works and what doesn’t. It’s nice to work in a full circle, working behind and in front of the camera. Thank you Deaffest and for the Ben Steiner Film Bursary for a great and invaluable experience.”

Since Retreat, Ted has been developing his fourth film and is also working on a drama series in development with the British Sign Language Broadcasting Trust. Retreat went on to pick up 7 awards since premiering at Deaffest 2013, including the prestigious Best Film Award at the Clin d’Oeil Festival in France and the three awards at the Australian Deaf Short Film Festival. Ted will be developing Retreat into a feature film project. 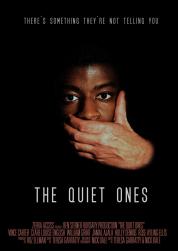 View the trailer and the making of the film.

Teresa’s film The Quiet Ones was premiered at Deaffest 2015 and since then has screened at various festivals. The film received its first laurels from the World Arts Film Festival and won the Best Film of the Year at the Festival Internacional de Cine Sordo de Argentina. Teresa has begun to develop another short film that may one day become her first feature film, so there’s lots on the horizon to keep her busy.